Our Department of Neurology and Behavioral Sciences focuses on the diagnosis and treatment of diseases involving the brain and spine, peripheral and autonomic nervous systems. Our neurologists are responsible for the diagnosis, treatment, and management of all diseases and disorders falling under these classifications. When surgical intervention is required the neurologist will refer the cases to a neurosurgeon. The neurology department is well equipped with advanced testing facilities such as mental status test, function test of the cranial nerves, including strength, coordination, reflexes and sensation, for diagnosing the problem in the nervous system. 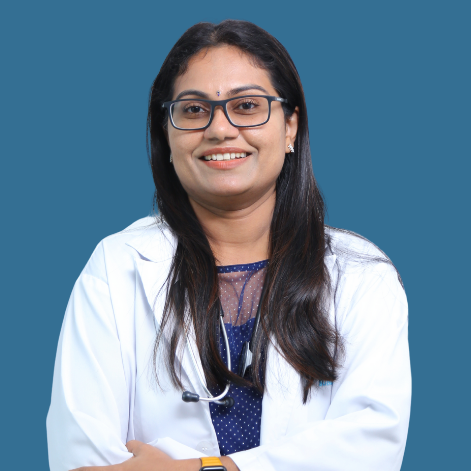 Our Neurosurgical department complements our Neurology Department to cater to all neurological disorders that require surgical intervention, and functions round the clock. Brain and Spine injuries and cases related to accidents or trauma requiring immediate neurosurgeries are performed at Sunrise Hospital, Kochi. Advanced Operating Theaters, and Separate Intensive Care Area for Neurosurgical patients are some of our specialties.

Headaches are the most common neurological disorders found with general neurology conditions. Some kind of headaches are migraines, cluster headaches, and tension headaches. Repeated headaches could be a symptom of an underlying condition of High blood pressure, Infections, Temporal arteritis, or when blood vessels in and around your scalp become inflamed and tumors. Diagnosing the symptoms causing your headache is very important for treatment for general neurological conditions.

Stroke occurs when you experience damage to the brain as a result of arteries leading to and within the brain becoming impaired. It’s usually difficult to anticipate a stroke, but symptoms of having a stroke are blurred vision, confusion, trouble speaking, or understanding, dizziness or loss of balance, Numbness or weakness of the face, arm, or leg—especially on one side of the body and Severe headache

Patients who have experienced a stroke once, tend to get a second stroke more often. Preventing the second stroke becomes that more important. This is done by  medication, which can include blood thinners or drugs to treat any underlying heart problems. A healthy diet that prioritizes fruits and vegetables and limited processed food helps in control key stroke risk factors, such as Diabetes, Heart disease, Heavy alcohol use, High blood pressure, High cholesterol, Obesity and lack of exercise and Smoking

Seizures are changes in the brain’s electrical activity. Signs and symptoms of a seizure can vary depending on the severity of your seizure, but the most common are cognitive or emotional symptoms, such as fear, anxiety, Loss of consciousness or awareness, temporary confusion and uncontrollable jerking movements of the arms and legs.

Seizures can be controlled by early treatment and medication and this can avoid long-term complications such as memory loss and brain damage.  It can also happen due to alcohol abuse or withdrawal, Head trauma that causes an area of bleeding in the brain, High fever, Lack of sleep, Low blood sodium, and medications, such as antidepressants or pain relievers.

Constipation: Constipation can occur at any time during Parkinson’s disease, sometimes even before experiencing symptoms.

Reduced smell: Most patients with Parkinson’s disease have some loss or lack of sense of smell

Stiff face: Patients with Parkinson's disease have stiff face leading to showing little or no expression

Patients with dementia have deterioration in memory, thinking, behaviour and the ability to perform everyday activities. Dementia mainly affects older people, but it is not considered as an ageing problem. It is recommended to see a neurologist for any symptoms of dementia. Medications and therapies help patients to manage the symptoms.

Epilepsy is a genetic disorder or an acquired brain injury called as trauma or stroke. During seizure the patient experiences unusual behavior, sensations, and sometimes loss of awareness. Between seizures, the patient experiences symptoms such as fainting, muscle spasms, amnesia, anxiety and depression to name a few. Treatment of epilepsy is usually done by medication and in some other cases by surgery or dietary changes.

At the Epilepsy Centre the doctor investigates the symptoms and medical history of the patient. Doctor may suggest tests to diagnose epilepsy and determine the cause of seizures. Test evaluation may include Neurological exam and Blood test to diagnose the type of epilepsy and detect for any brain abnormalities.

One of the most common test in epilepsy is Electroencephalogram (EEG) to record the electrical activity of your brain. Doctor monitor patients brain activity while awake or at sleep on video through an EEG test to record any seizure experience. This enables doctors to determine the kind of seizure for treating epilepsy.

High-density EEG may help doctor more precisely determine the areas of the brain are affected by seizures.

Computerized Tomography (CT) Scan is used to scan the  cross-section images of the brain. CT scans can helps in understating the abnormalities such as tumors, bleeding and cysts in the brain that might be causing seizures.

Magnetic resonance imaging is used to create a detailed view of your brain able to detect lesions or abnormalities in your brain that could be causing  seizures.

Functional MRI is used to measure the changes in blood flow to the brain. Doctors may use an FMRI before surgery to identify and locate critical functions (speech and movement) for the brain, so that surgeons can avoid injuring those places while operating.

Positron Emission Tomography (PET) is considered the best imaging method to reveal how the brain functions between seizures. These scans could help doctors to understand seizures.

This type of test is used primarily if an MRI & EEG cannot locate the seizure origins from the brain.

Neuropsychological tests assesses thinking, memory and speech skills. The test help doctors determine the areas of your brain are affected.

Headaches are common among people. Severe and frequent headaches disrupting your daily life is a sign of something serious is when you have to consult a neurologist. The accompanying symptoms may be continuous headache for more than a day or two, sudden headaches, headaches when in strain, early morning headaches, changes in vision or eye sight and experiencing seizures along with headaches are some signs  of consulting a neurologist.

Neurological Tests for Headache and Migraines:

The process of diagnosis for Headache and Migraine may include Medical history of the patient for existing medications, supplements and other treatments, family history of migraines or headaches. Physical examination for the patient for head, neck and shoulders can also contribute to headache too. Neurological tests include eye sight, hearing , nerves, reaction time and mobility test. Blood, spinal fluid test and urine test help find the infection and other health conditions that may trigger Headache and Migraine.

Sleep disorders are conditions that result in changes in the way that you sleep which affects health, safety and quality of life. Some symptoms of sleep disorders  are irregular breathing, excessive daytime sleep and increased movement during sleep. Sleep disorder can be of different types and are grouped according to behaviors, problems with your natural sleep-wake cycles, breathing problems and sleeping difficulty.

Insomnia is caused by poor sleeping habits, anxiety, lack of exercise, depression, chronic illness or certain medication. Symptoms for insomnia may include difficulty falling asleep, Waking up frequently during the night, Waking up too early in the morning, depression or anxiety, Difficulty paying attention etc. Most common treatment for insomnia are improving sleep habits and behaviour therapy.

Multiple sclerosis is nerve damage disrupting communication between the brain and the body. Symptoms includes vision loss, pain, fatigue and impaired coordination and vary from person to person. Multiple sclerosis may be symptom free for most of the patients and some experience severe, chronic symptoms frequently. Treatment includes physiotherapy and medication that suppress the immune system to slow disease progression.

Treatment at multiple sclerosis clinic typically focuses on slowing the progression of the disease and managing multiple and aiding speedy recovery from attacks.

Some common Botulinum Toxin treatments are

Spasticity is disruption in muscle movement patterns caused by damage to nerves in the central nervous system. This affects the muscles to contract (tighten) while others relax normally and stays contracted all at once. Stroke and multiple sclerosis are the most common causes of spasticity of the limbs. Treatment includes medications and physical therapy for muscle stretching and exercises to reduce the severity of symptoms.

Hemifacial spasm is a movement disorder that affects the face with contractions on one side of the face. These abnormal movements can interfere with vision and chewing and appearance of the face.  Treatment options include oral medications, neurosurgical microvascular decompression and injections of botulinum toxin. Botulinum toxin treatment to hemifacial spasm is highly effective and benefits can last 3-4 months after each injection.

Constipation: Constipation can occur at any time during Parkinson’s disease, sometimes even before experiencing symptoms.

Reduced smell: Most patients with Parkinson’s disease have some loss or lack of sense of smell

Stiff face: Patients with Parkinson's disease have stiff face leading to showing little or no expression

Gait disorder is a condition of abnormal walking pattern in an individual.  It can range from from neurological condition, stroke, ear disorder, arthritis  and also usage of improper footwear hampering walking. Gait disorder are found in older people than younger ones. Older people tend to have abnormal gait because of weaker muscles, delayed reaction and less muscle. The major causes of gait disorder are different lengths of legs, strength and tone of legs, blood pressure at standing, neck and spine deformities and neurological disorders. The different types of gait disorders are propulsive gait, scissors gait, spastic gait, steppage gait and waddling gait. Treatment for gait disorder are mainly physical therapy and strengthening exercises to strength, flexibility and improve balance. Medications are prescribed to treat arthritis, Parkinson disease and multiple sclerosis. In some cases surgery such  hip an knee replacement is also recommended.

Symptoms of stroke are vertigo or dizziness, vomiting and nausea, memory loss or confusion, numbness, severe headache, slurred speech, vision problems and difficulty in walking. Treatment of any cerebrovascular diseases or Stroke Disease is focused on the restoring the blood flow to the brain. Doctors choose treatment option based on the loss of blood flow. Medications are based on stabilizing blood pressure and cholesterol and improving blood flow by blood thinning. During the recovery process physical therapy, occupational therapy and speech therapy are administered.

In severe cases in surgery is recommended to remove any blockages by stents.

Immediate medical attention is required with any cerebrovascular diseases or Stroke Disease. If treatment is not provided, patient can go into complications such as loss of cognitive functions, partial paralysis, permanent disability, speech difficulties and memory loss.

Treatment options are based on diagnosis and condition and severity. By medical therapy and pain management some some neuromuscular disorder can be effectively managed and treated.

Memory disorder clinic diagnosis and manages the conditions that impacting memory and thinking from diseases such as stoke, mild cognitive impairment, cognitive disorders and alzheimer's disease. The clinic helps patients to manage their problems with memory loss and maintain improve the quality of life. The nature of the treatment depends on the cause and the severity of the memory loss of the patient.

Cerebrovascular and Scull base Surgery